A child suffering from a ruptured eardrum after a hard slap or a prank gone is a far from uncommon occurrence. Luckily, the damage caused when an eardrum ruptures is rarely permanent, and with sound advice and treatment from a ear, nose and throat specialist, your child's eardrum can be repaired surprisingly fast.

However, repairing a ruptured eardrum that does not heal on its own does require some limited surgical procedures, and the thought of surgery on their child can make a shiver run down the spine of practically any parent. However, these surgeries are simple and minimally invasive, with a number of procedures suitable for repairing even the most badly perforated eardrum.

How do I know if my child needs surgery to repair their eardrum?

If your child is showing signs of having suffered a perforated eardrum, take them to an ENT specialist as soon as possible. The specialist will be able to inspect your child's eardrums to assess the scale of the damage (if any), and recommend a course of treatment. Surgery is generally only recommended for more severely damaged eardrums, but recurring injuries or perforations that refuse to heal on their own can also benefit from surgical intervention.

How can surgery repair my child's damaged eardrum?

As previously mentioned, the surgical approach to your child's damaged eardrum will depend on the nature of the damage. However, these procedures can be sorted into two broad categories:

Myringoplasty is a simple procedure that involves grafting a small, thin layer of organic tissue over the hole in your child's eardrum. This tissue acts as a guide for the eardrum's natural healing process, and provides support to the damaged edges around the rupture, allowing the eardrum to return to proper function more quickly and significantly reducing chances of infection. The tissue used for the graft can be taken from the child's earlobe or scalp, and is held in place with medicated stitches or gels that break down once the tissue has firmly attached itself to the eardrum. The whole operation can generally be completed in under an hour. Myringoplasty does not need to be performed under general anaesthetic, but sedation can make the experience much less stressful and painful, particularly for young children.

Tympanoplasty involves the same procedure that constitutes a myringoplasty but also repairs damage inflicted to the ossicles, the three tiny bones that assist hearing. These bones are very vulnerable to infections caused by perforated eardrums, and can easily become covered in scar tissue or bands of connective tissue that significantly reduce hearing. The bones may also require limited reconstruction, particularly the fragile stirrup bone. Once the ossicles have been treated, the eardrum is repaired using the same methodology as a basic myringoplasty. These procedures are generally performed under general anaesthetic, and while they take longer than simple myringoplasty procedures, your child should still be able to leave the hospital within 24 hours. 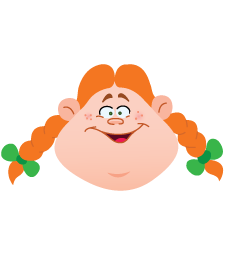